Skip to content
alcohol
Alcohol poisoning is called a condition when a person consumes excessive amounts of alcohol. Occasionally a person is deliberately consumed or deliberately consumed with any other alcoholic substance or isoprophile, methanol and ethylene glycol. This has the full potential of alcohol poisoning. In alcohol poisoning, confusion in the person, hallucination, vomiting, resentment, increased heart rate, slowing breathing, breathing in the middle, closing the sound, getting blue or yellow in the skin, body temperature decreases Signs and symptoms are known as fainting and unconsciousness. 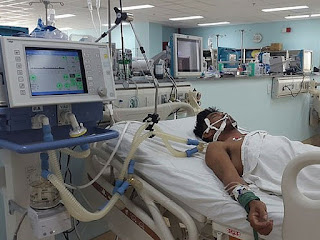 If a person is suspected of alcohol poisoning, he should be taken to the immediate medical emergency medical center. It is confirmed by checking by the doctor and after that it is treated.

In the case of alcohol poisoning, the doctor examines blood and urine in order to get the information of the above symptoms, to get information on the condition of intoxication, condition, blood sugar and blood alcohol levels.

In the case of alcohol poisoning, there are following treatments which can be given-

If a child or adult is taken using methanol or isoprophypic alcohol for some reason, then he may need hemodialysis (toxic elements from the blood or other disadvantage filtering machine). This can be done to quickly remove blood lethal alcohol or toxin and the life of a person can be saved. The thing to keep in mind is that in the case of alcohol poisoning, no domestic method works. Some people believe that black coffee, bathing with cold water, strolling or sleeping brings comfort to alcohol poisoning, these facts are wrong, this can worsen the situation.