Skip to content
Abortion Pregnancy
Sometimes, in some women, such a situation becomes so that they have to make an abortion. The reason for abortion can be anyone. Most cases of abortion are safe, and only one in 100 women has a problem with abortion. An efficient doctor is safe to perform abortions. 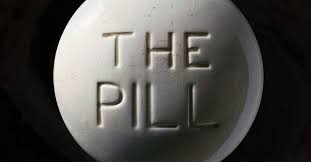 If a woman is pregnant and she is thinking about abortion, she should abort within the first trimester of pregnancy. It is safe to do an abortion right now. At this time, medicines and vacuum esp .ation process can both be aborted by the procedure and it is also safe.

Once women who have been miscarried are also afraid that they will be pregnant again or again in the future. So women who have had abortions have no such problem. One more thing that the woman in which the woman has aborted can be pregnant in the same week. But if a woman does not want to conceive at that time, she should take contraception measures immediately after an abortion.

After an abortion, bleeding in women is common for a few days. In many cases, after repeated abortion, bleeding takes place for three to four weeks. In this case, the woman should take care of when she needs to meet the doctor again. If a woman is bleeding too much, then it can not be considered normal.

After an abortion, the health of the woman improves in one to two weeks. But women should not take special attention on certain things at this time-

In addition to abortion, if there is a pain in the head, dizziness or blood clots appear, it can be an indication of internal injury. Therefore, tell the doctor about this.