Skip to content
peptic ulcer Stomach diseases stomach ulcer ulcer ulcer diet
Peptic ulcer is a disease, in which the stomach enters the inner walls or the upper part of the small intestine (called duodenum). Upon the increase of the disease, these blisters turn into a deep wound and the patient starts to get too much trouble. This condition is often due to the mis-eating, when the stomach acids become more and more, this condition is created. Sometimes this happens due to bacterial infection. 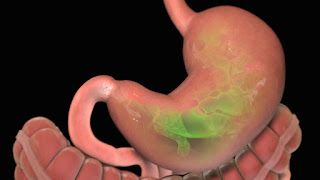 When the digestive liquid (hydrochloric acid and pepsin enzyme) begins to be consumed in large quantities, then they both begin to harm the intestines and stomach tissues, this causes the protective layer of the intestine and stomach breaks down Due to the condition of the ulcer is born. With proper treatment, ulcers are cured and soon the patient gets relief from the symptoms. This cancer is divided into two parts. If it is in the stomach it is called gastric ulcer and if it is in the small intestine, it is called dudenam ulcer.

There is no peptic ulcer for any particular cause. The biggest reason for this is the disturbances in the digestive liquids. The reason for this type of ulcer is also the infection of bacteria called Helicobacter pylori.

Due to peptic ulcer: –