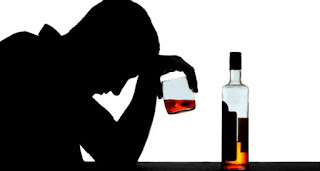 Conditions that increase the risk of alcohol poisoning-

Whole health – A complete health person can tolerate excessive amount of alcohol, whereas a person suffering from a disease, especially liver disease, can easily have alcohol poisoning.

Drinking alcohol in empty stomach – 20% of alcohol absorption in the stomach and 80% of the amount is absorbed in the small intestine. If the person’s stomach is empty, then the alcohol goes straight into his intestine and becomes absorbed in a very short time, which causes alcohol poisoning.

Drink alcohol by mixing it with other ingredients – For more addiction, liquor is used by alcoholics to add some medicines or beverages (cocktail) to alcohol. In this situation sometimes the mixture becomes very poisonous, which can be extremely fatal for life too.

Percentage of alcohol – If the concentration of alcohol is high in alcohol, drinking less alcohol can also cause a risk of toxicity.

The rate and quantity of alcohol use – Drinking alcohol in the shortest possible time is alcohol poisoning.

Tolerance of the person’s alcohol – each person has the ability to digest alcohol separately. People drinking alcohol every day increases their ability to withstand alcohol. The new person may have alcohol poisoning after drinking too little alcohol.

Some other substances other than ethanol (alcohol), such as beverages, mouthwash and medicines etc., are also used in the toxic form of isoprophyl, methanol and ethylene glycol alcohol. The possibility of having alcohol toxicity is very high when used.