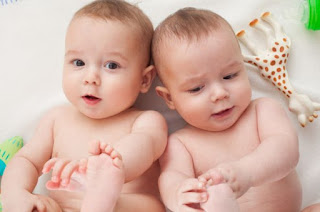 Weight gain- Twin pregnancy is higher than normal. This happens because you have two children in your womb. Normal weight is 25 pounds in an average pregnancy, but in twin pregnancy weight can be between 30 and 35 pounds.

Pain in the back – Twin The problem of pain in the back of women during pregnancy is also common, because this problem arises due to heavy body weight.

Uterine size is bigger – as has been said earlier that if the twins are before delivery time in pregnancy then it is common for the uterus to grow larger in size.

Always be hungry- The biggest symptom of twin pregnancy symptoms is that you will always feel hungry. Twins In pregnancy, the woman feels more hungry than normal pregnancy. If you are pregnant with twins then you will also be constantly hungry.

Even after pregnancy, women may have to face some problems which are as follows: –