Skip to content
Ovulation Pregnancy
Most women would not know about their pregnancy and ovulation. When its periods disappear, it is informed by a pregnancy diagnosis by medical examination. Doctors, in the days of pregnancy of any woman and know the ovulation, count it from the first day of its last period. After that, they count two weeks ahead and on the basis of this, find out how many days pregnant women are. 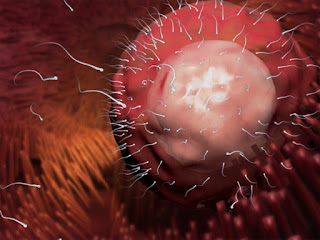 Egg  begins to grow in the body of the woman every single month, in the ovary, a bag full of fluid called folicic. When the pouch breaks after it grows, Overy’s mouth opens and an egg comes out of it and comes into the fallopian tube. This process occurs approximately 14 days before the period of women’s arrival.

After this, certain hormones found in the woman’s body, such as estrogen, begin to grow. When the egg goes out from the follicle, it turns into the folic corps luteum. This hormone strengthens the walls of uterus (uterus) and prepares it for pregnancy.

After leaving ovary, the egg moves into the fallopian tubes. Here the egg remains alive for about 24 hours. Here it waits for the sperm to meet and fertilize. This occurs after the second week after mixing the female with the first day of the period.

When Egg does not get sperm?

If Egg does not get a sperm, then it ends in the uterus. After that the hormone increased, it becomes normal and the body starts extracting the thick walls of the uterus from the periods of the period and you start the periods.

If the egg reached the fallopian gets sperm, then it becomes fertilized. As soon as it is fertilized, your baby genes and their sex are also fixed. If the sperm comes with the Y chromosome, then there is a baby boy and if the X is carrying the chromosome then the baby is the baby.

The first egg remains in the fallopian tube for three to four days. But after 24 hours of fertilization, it starts changing in small cells. As it keeps on moving towards the uterus, it keeps on dividing the small pieces. After this the remaining part sticks to the wall of the uterus. This is called implantation and this is where the pregnancy begins.

Some women may also have spotting within one or two days of implantation. After implantation, the walls of the uterus are thick and strong and the cervix becomes sealed. It opens its mouth only when it is time for the baby to be born. Once the pregnancy begins, the level of a special hormone (HCG) in the body of the woman increases. Prognosis is detected by checking this in blood.