Skip to content
Uncategorized
In many families, we get to see such cases, in which one disease is run from generation to generation. This type of illness is called genetic disease. Actually, the reason is that they are chromosomes, which meet a family member with their parents. These chromosomes carry the properties of one person from one to the other. 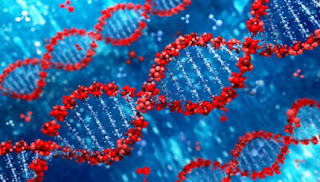 Our body is made up of many cells, and in every cell, there are 46 chromosomes, 23 in the form of additives. Whereas only 23 chromosomes are found in the sperm and ovum. When fertilization occurs, then both of them together form the embryo. Which contains 46 chromosomes. It is made up of chromosomes, DNA, R.N.A, and proteins. This chromosome transmits the virtues of the body, the defect, from one generation to the next generation. Similarly, many diseases also come into the children through parents. These diseases caused by genes are called genetic or hereditary disease.

In the human body, many genetic diseases are found, some of which are less lethal and some very fatal. These diseases are mainly due to the faulty gene created by mutation. Treatment of some of these Beamrias is possible, but there are some that can not be cured.