Skip to content
HIV and AIDS
In the human body, there are two types of T cells, CD8 and CD4 cells. The CD4 cell acts to protect the body from infected diseases, hence the best way to measure physical immunity is to count the CD4 cell count. If this number is decreasing, it means that the CD4 cells that have been damaged due to HIV in the patient’s body. According to the US guidelines, if a person has a CD4 cell count of less than 200, or CD4 is less than 14%, then that person has AIDS. There is not enough information about the result of the count of CD8 sales. 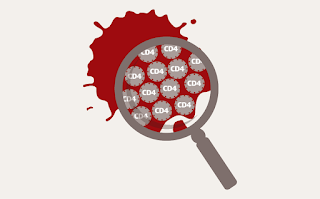 The outcome of the investigation is not dependent on how the patient is feeling all the time, such as CD4 count is more common in some people, but they are often infected and in some people with CD4 count less, But they do not have any type of infection. There is also a very low risk of HIV-related complications in such people.

If a person is continuously reducing CD4 count for several months, then doctors can give the following treatment-

According to the guidelines of public health, if someone is HIV positive (HIV is infected), then at the beginning it is given antiviral therapy, even if the person has noticed some symptoms. If this therapy works correctly, then the CD4 count of that person increases or stabilizes.

Many doctors start medicines for opportunistic infections in the following situations-