Skip to content
Blood Test hepatitis
The liver enzyme test, previously called Liver Function Test, L.FT., is a group of many types of blood tests. Swelling and damage to the liver are checked by this test. Apart from this, it also goes to know how well the liver is working in this investigation. Liver enzyme tests include tests like ALT (Alanine Aminotransferase), AST (Aspartate Aminotransferase), Alkalistic Phosphatase (Alkaline Phosphatase). At True Liver Function Test (LFTs), tests like PT (Prothrombin Time), INR (International Normalized Ratios) albumin, and bilirubin are included. 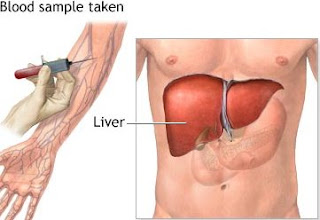 Why is it necessary to check the liver?
Sometimes the advice of the Lever Test Panel is given as a regular check. Many times doctors also investigate the liver during other physical tests.

Your doctor may also check the liver enzyme and liver function test under the following circumstances. If you do the test, then you can conduct: –

The liver filters blood and flows through the body. It clears the metabolism of nutrients and the harmful substances and creates blood clotting proteins. Apart from these, some other important tasks are also done by the liver. The proteins present in the liver cells are called enzymes, which are the enzymes that govern the chemical reactions.

If the liver cells are damaged or damaged, the enzymes present in the cells dissolve in the blood, which can be seen by checking. In the liver test, the information of two important enzymes is obtained by investigating blood.

An important function of the liver is the formation of bile, which also helps digestion of bile fat. The bile flows through a small tube in the liver and afterwards, it is gathered in the gall bladder beneath the liver. If this gall is slow or if it stops, then the level of blood enlargement of some enzymes of the liver increases.

If alkaline phosphates and / or 5 levels of nucleotidides and GGT have increased, then there is no problem with bile. Problems in the flow of bile, the gallbladder and the tube connecting the liver or both of these can be due to malfunction. Because in bones, alkaline phosphates are also found, in some cases it can also increase, and its effect also affects the bones.

In addition to the work of metabolism, liver also produces proteins which are essential for normalizing blood clotting process.

Prothrombin Time (PT): – In this test laboratory, in special circumstances, it is done to check the time that blood clots are formed. If this test is found to decrease the blood clotting factors, prothrombin time is high.

International Normalized Ratio (INR): – This is a standardized way of not reporting it but giving all PT reports through the centers, so that the results presented by each can be compared.
The level of PT and INR increases in people who have a very lethal type of liver problem. Because in that situation, liver could not form certain cloning clots of blood. At the same time, if PT level is high, then there may be other problems besides liver failure.

PT is mostly checked with PTT (Partial thromboplastin time), which is not a liver function test. If the level of both PT and / and PTT is increased, then having a blood vessel or blood clot can lead to both problems.

Liver also produces albumin, and it is a protein that flows into the blood. But those who have chronic and lethal illnesses of Liver are found to be extremely low. Because in this situation, liver normally does not have enough amounts of albumin produced. However, the level of albumin can be reduced in some other diseases besides liver malfunction. The low level of albumin is not always the most, therefore it is not considered more suitable to detect liver diseases.

Bilirubin is a wastewater broken with red blood cells. Bilirubin exits from the body through the stool. Bilirubin is flow from the bile ducts of the liver and it is found in bile only.

Bilirubin levels can increase due to impaired bile flow. Due to the fatal disease of the liver, this may be due to severe illnesses of gallbladder and some of the gallbladder problems. Very high levels of bilirubin can also be due to jaundice. In this situation, the person’s skin and eyes become pelted. Through the Liver Function Test, information about problems in the flow of gall bladder can be found by examining bilirubin. If the level of bilirubin is found to increase during the examination, then there may be anemia which is called hemolytic anemia.

One thought on “what is liver function test”