Skip to content
Pregnancy
Ultrasound is usually done in pregnant women around 20th week of pregnancy. During this ultrasound, the doctors see that a healthy placenta and child development in the uterus is happening properly or not. Apart from this, movement of the heartbeat, body, hands and feet of the child can also be seen on ultrasound. 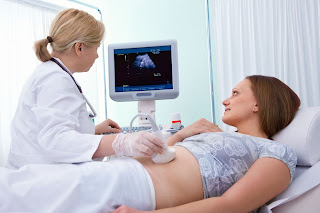 On the other hand, it is advisable to take the second scan to all pregnant women, this scan is called an anomaly scan or mid pregnancy scan. Which usually occurs between the 18th and the 21st of the pregnancy. Through this scan, structural abnormalities (discrepancies) are examined in the child.

Some women also advise to do more than two ultrasound scans. Depending on the health of pregnant women and their pregnancy.

The following things can be detected through ultrasound before pregnancy-

Following pregnancy, the following things can be detected through ultrasound-
Post Views: 227