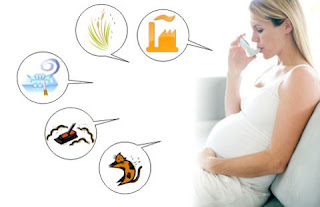 If a pregnant woman feels less activity of the fetus during asthma, then such a person should contact the doctor immediately.

Pregnant women suffering from asthma should take care of the following things:

If a woman is suffering from asthma and is also pregnant, then such a pregnant woman is treated by two doctors. A gynecologist and the other Palmo. At the same time both the doctors need to be aware of the pregnant women’s problem by talking to each other.

During pregnancy, lung function should also be monitored. So that sufficient amounts of oxygen can be monitored in the growing embryo because, during the pregnancy, two-thirds of women get serious changes related to asthma. In such a way, to check the symptoms of asthma and lung function, do a monthly check with the doctor. Doctors use a Peak Flow Meter or Spirometry to measure lung function.

Keep an eye on fetal movements continuously after 28 weeks.

If the pregnant woman’s asthma is not completely under control, as well as there is a serious condition of asthma, then such an ultrasound should be done after 32 weeks so that the fetal development can be monitored. In the ultrasound test, the doctor examines the extent to which the fetus has been affected by the asthma attack.

To avoid the factors affecting asthma, do not come in contact with anything related to tobacco smoke or allergies. This may require you to take less medication which can be beneficial for the health of both mother and child. Gastroesophageal reflux disease is a common problem in pregnancy, which causes symptoms of asthma.

It is important that pregnant women need additional protection against flu-like influenza. In order to avoid this, flu vaccines should be started as soon as possible. Especially it should be kept in mind during the first, second, or third trimester of pregnancy. Because flu vaccines are effective in just one session. In this case, the flu shot is safe during pregnancy and it is generally effective for all pregnant women.