Skip to content
Uncategorized
There is a small sac below the gall bladder liver. The bile formed by the liver is assembled in it. Pitta is a green substance that helps in the digestion of fat. Bile or bile reaches the small intestine through the gallbladder, through a tube called the gall bladder (cyst duct). 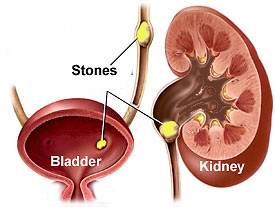 Bile also contains cholesterol, salt, and bilirubin, these elements are separated by blood and together they form a small stone, which is called gallstones or gallstones.

The size of the stone can be smaller than or equal to the grain of wheat. Most stones, especially those that are very small in size, do not have any problem with them and they themselves get out of the body even though urine. Many times it happens that some people have this stone but they can not even know it. But if it increases in size, then there is a problem of discomfort for a person and can be removed only through medical treatment.

When the elements present in cholesterol (cholesterol, salt, bilirubin) are rejected by the blood, then they are gathered there and gradually become hardened. Slowly it changes into the form of stones in the bile. Studies have found that 80% of gall stones are made of cholesterol. At the same time, 20% of stones are formed from calcium, bilirubin and so on.

The risk of having gall stones is highest in those people, which have cholesterol and which are thick. At the same time, excessive consumption of such things, which are more likely to cause cholesterol and do not exercise regularly, is also one of the main causes of gallstones.