Skip to content
diseases during pregnancy
STD has a very bad effect during pregnancy, it has adverse effect not only on mother but also on the development of infant. Because, any woman has any kind of physical change, any disease, etc., all depends on some reason. Diseases in women occur due to some reasons. 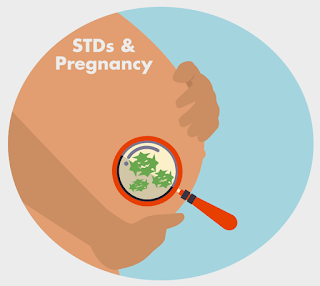 The effect of STD on pregnancy depends on the type of infection, which includes the following-

HIV / AIDS- If any woman suffers from HIV-AIDS during pregnancy, then its effect is very bad on the child. But there are some medicines that reduce the risk of getting pregnant women down to the children. But, if children become infected, the result is very frightening.

Herpes-herpes infection is relatively safe in pregnant women. However, active herpes or lesions on the genitals are highly contagious because the child is in danger of transition during delivery. Also it can be infectious even before its symptoms appear on the skin. In such cases, pregnant women use cesarean to prevent the transmission of ringworm in the newborn.

Gonorrhea – Gonorrhea is very common in STD symptoms. Usually it is tested through the vaginal fluid. During pregnancy, infections in the bladder, stomach pain, or irritation while passing urine, etc. all these symptoms can cause vaginal discharge. In pregnant women, the symptoms of gonorrhea can cause abortion or immature delivery. If its symptoms are actively present in the mother during labor, then children may suffer from blindness, arterial blood transition or joint infections.

HPV- This is a very common sexual disease. Which is especially in genitalia, it is also itching. If there is such problem in genitalia during pregnancy, contact the doctor immediately, because the baby may also be infected at the time of delivery. Occasionally due to pregnancy hormones can increase them further. By which the berth canal is blocked, and the child has to be delivered by a Caesarean section.

Chlamydia-chlamydia can increase the risk of abortion and immature delivery. Due to this infection, there may be severe eye infection and pneumonia in newborns. In such a case, the mother should be tested within three months to ensure this infection so that it can be treated after it is detected.

Hepatitis B – This is a liver infection caused by a virus called Hepatitis B. If a pregnant woman is infected with Hepatitis B, then transplantation is transmitted to the child up to 40 percent through the placenta. So that the disease of infected neonatal lever can suffer from Hepatitis B, life-threatening and even death. In this case, the earliest screening and Hepatitis B vaccine can be prevented.