Skip to content
Pregnancy
During pregnancy, ultrasound tests are done by high-frequency sound waves, also called sonography. Through ultrasound, you can see the movement or any disturbances within the stomach or body through a transducer device. In the ultrasound performed before birth, you can see the child’s images in a clear way. 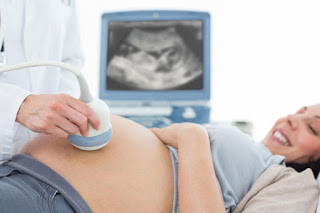 How is the ultrasound scan done?

By this ultrasound, in pregnancy, children, amniotic sac, umbilical cord, and ovary are seen. It provides information on many abnormalities of pregnancy. Most of the scans are done by specially trained workers, which are called sonographers. This process is done in the dark room, where children’s pictures can be seen better. For this, you will first be asked to lie on a couch. After this, the clothes will be removed from your stomach. A prison will be imposed on your stomach, then the photos inside of a tool will be seen on the screen.

Ultrasound is a safe and painless test in which the baby movement can be seen very clearly. This check usually takes 15 to 30 minutes. In ultrasound, high frequency sound waves are used to make relatively accurate images of your body’s inner structures. In most ultrasound exams, a sonar device is used outside your body.

Most ultrasound done before birth is done by putting gel or fluid on the skin. Although transgenic ultrasound is an alternative procedure where a tubular is inserted inside the vagina for examination, through which clean images of the organs can be seen, but this procedure can not be done before delivery but in the early stages of pregnancy the uterus Or to be able to see the ovary.

Why is ultrasound done during pregnancy?

Ultrasound testing during pregnancy is done to assess the embryo so that the images of the child can be seen in a spontaneous manner. Apart from this, amniotic sac, embryo and ovary can also be seen. If a pregnant woman has major structural abnormalities or birth defects, then she can be seen at ultrasound directly.

Some other things can be detected through ultrasound scans-

Checking the size of the child- Through a dating scan, it is examined that how many women are pregnant for so many weeks, especially on the day that you have missed your menstrual period. This deficiency is adjusted through ultrasound measurements.